with
communities
Save life

The Better Place
Make This World

Contribute to the development of Rwanda to the level of middle income countries using its resources and skills.

Biodiversity Conservation Organization (BIOCOOR) has been created mainly by young people dedicated to act and to advocate for biodiversity conservation, ecotourism promotion, community health, environmental management, and climate change mitigation and adaptation. The BIOCOOR headquarters is in Nyamagabe district of the Southern Province of Rwanda. The organization's geographical focus is five districts near the Nyungwe National Park. It integrates conservation projects and sustainable economic development for the communities surrounding Nyungwe National Park. The organization has started in 2012 as a social enterprise called BIOCOOP and recently in June 2020 has shifted to a local NGO current BIOCOOR but keeping the same focus. Its mission is to build a nation that is environmentally and socio-economically stable through its resources and skills.

The wetlands within the Nyungwe National Park Buffer Zone provide vital ecosystem services. Such as, water supply and folder (grass) for domestic
animals, erosion control, and nutrients for the soil. Despite local communities heavily relying on the wetlands for survival, little is known
about how to asses and monitor the wetlands in the buffer zone.

The buffer zone consists of exotic tree species and wetlands. In 2011, the government of Rwanda signed a 49-year logging agreement with the New Forests Company (NFC) for tree plantation management of the Buffer Zone. There has yet to be a good structure to manage the wetlands. However, BIOCOOR and NFC have begun using the Pressure-State-Response- Framework method to assess and monitor the wetlands within the Buffer Zone.

BIOCOOR aims to link biodiversity conservation with community action and human welfare. The cooperative has taken into consideration such issues and created community outreach programs in primary (middle school) and secondary (high school) schools. It has also initiated environmental clubs in secondary schools that will assist and support students in training and finance.

BIOCOOR offers student-internships in Ecotourism, biodiversity conservation, and environmental management at the Kitabi Eco-Center. Research Monitoring and Evaluation Officer, Eric Ndagijimana, trains students to identify different biodiversity existing in and around Nyungwe National Park. Eric is graduate of Wildlife and Aquatic Systems Management at the University of Rwanda. 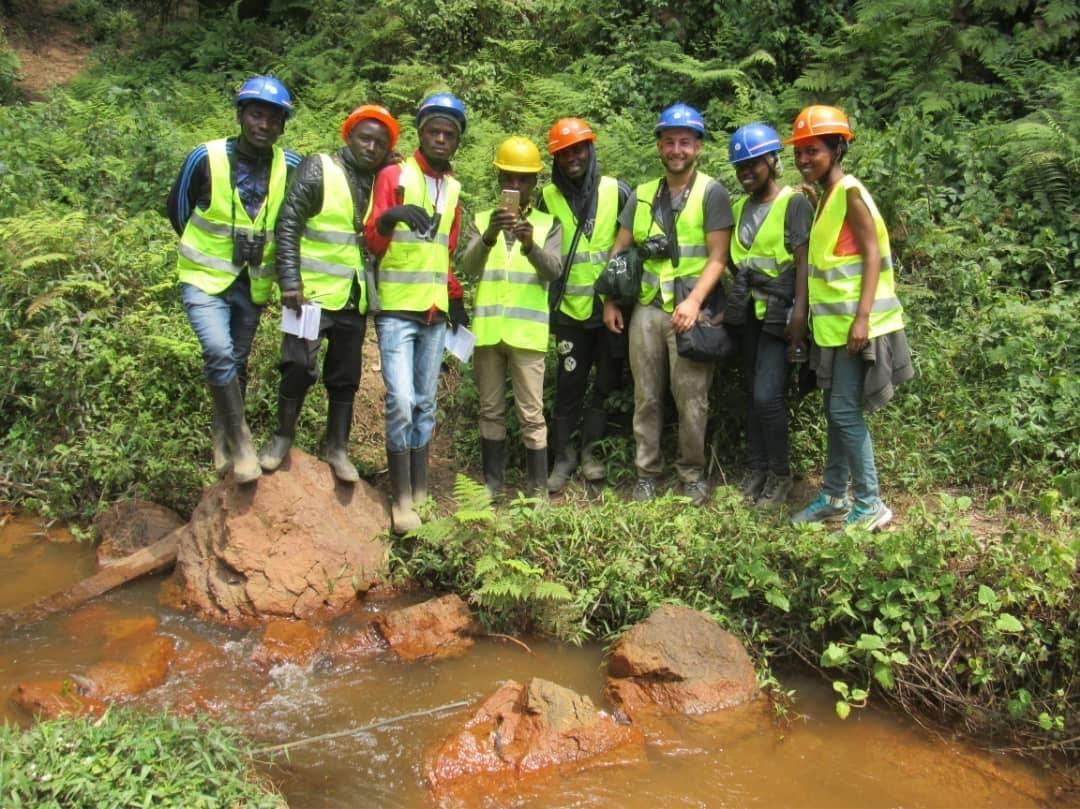 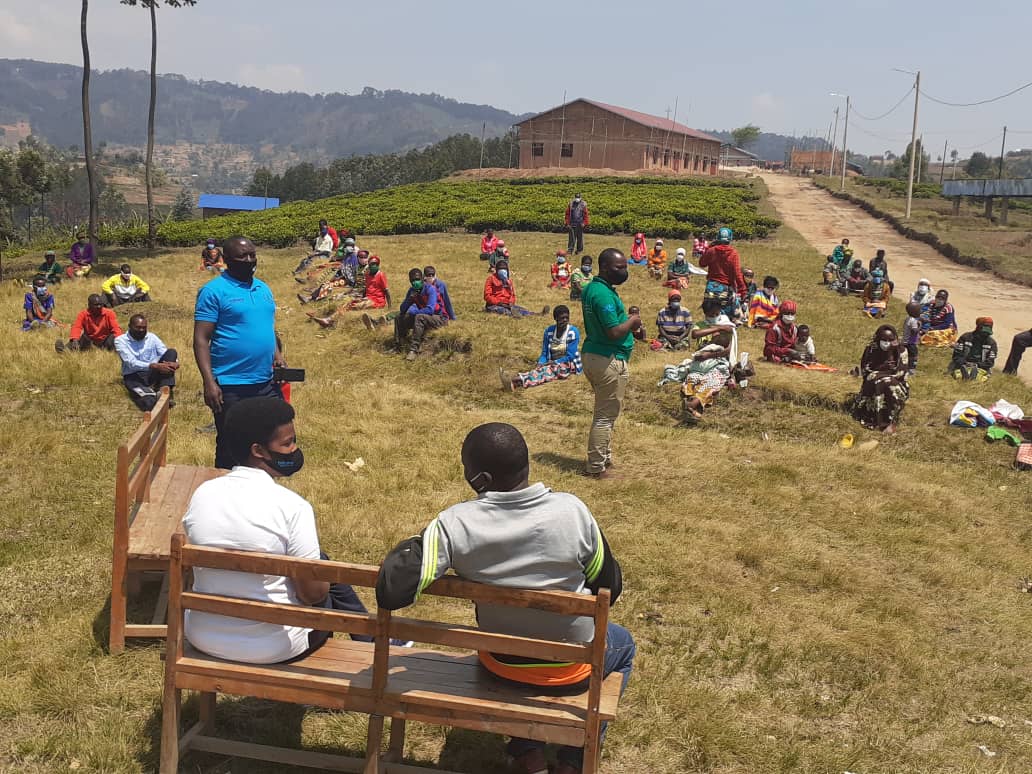 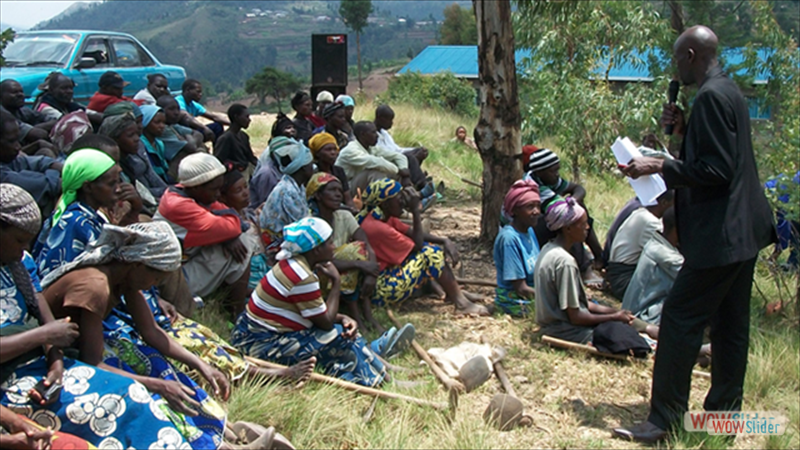 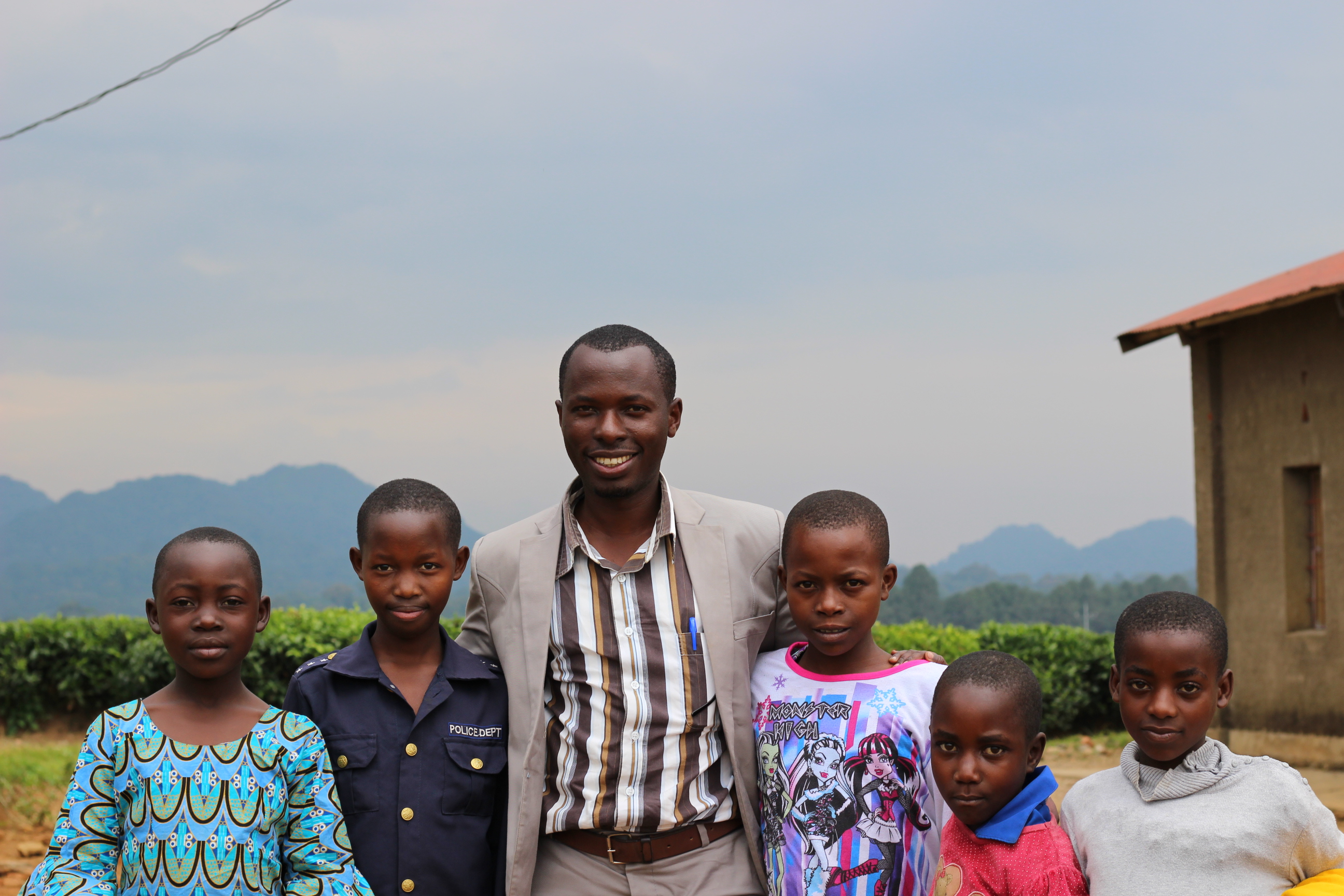 BIOCOOR in partnership with NYUCO are involving the children in nature conservation. This is done through the hands on activities and field visits

Ange's Bio
From a young age, I committed to creating a good change in my community by integrating biodiversity conservation, community health, agriculture, entrepreneurship, climate protection, and sustainable development in Rwanda. Named Top Young Innovator of Rwanda, 2012, I cofounded and serve as Executive Director of Biodiversity Conservation Organization BIOCOOR ( www.biocoor.rw ). I am a cofounder of a community based ecotourism project called Nyungwe EcoVillage www.nyungwecovillage.rw . I have worked in The Nature Conservancy (www.tnc.org) as a short term Consultant. In this role, I negotiated nearly 300,000 USD in grants and investments from the South Korean government, UNDP, The Van Tienhoven Foundation, The New Forests Company, and others to support my community. I have served as a Tourist Guide in Nyungwe National Park at the Rwanda Development Board for four years ( www.rdb.rw ). I have earned BSc in Zoology and Conservation and I have MSc in Biodiversity Conservation. I am completing a PhD in Biodiversity Conservation, Ecosystem Services, and Community Development. I have created the social businesses to promote the sustainable development of Youth in Rwanda. In BIOCOOP we have the vision of putting Rwanda to the level of middle income countries by integrating biodiversity conservation, ecotourism, climate protection, community health, natural resources management, and sustainable development of Rwanda. I created 27 permanent jobs and 1800 part time jobs in my community and have built Dr IMANISHIMWE CONSERVATION LEADERSHIP CENTER around Nyungwe National Park and we are building the capacity in entrepreneurship, leadership, project management and biodiversity conservation for 18 students from African Leadership University and the University of Rwanda. We extended our Programs to the whole Southern Province and our Headquarter is in Huye. Our achievements in biodiversity conservation are remarkable

Learn more about this campaign 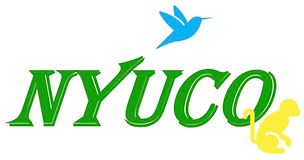 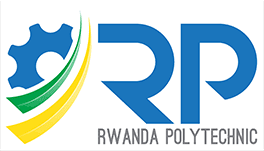 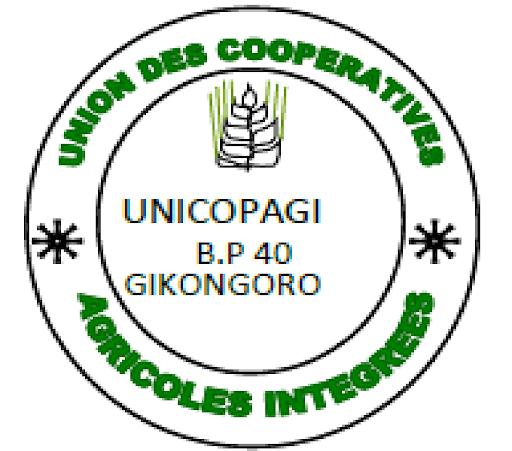 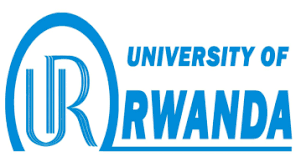 The only way to make this happened is to take action!

For the Purpose of biodiversity conservation and environmental management.